Many women are understandably concerned about standard HRT, and now bioidentical HRT is available for those who can afford it. Here I consider the 5 crucial questions you need to ask if you are considering bioidentical HRT.

Bioidentical HRT – the 5 key questions you need to ask

1. What is Bioidentical HRT?

Bioidentical hormones are chemically identical to the hormones we produce in our own bodies. These can be our reproductive hormones such as oestrogen, progesterone or testosterone or hormones in other allied areas such as those produced by the thyroid gland for example.

What is prescribed will ideally be determined by testing your current hormone levels and then the doctor determines what they feel will be a suitable dosage. Although that does raise the interesting question of how we can actually know the optimum level to prescribe and the individual’s optimal levels.

2. How is Bioidentical HRT Different to Standard HRT?

The hormones in standard HRT are different structurally to the composition of your own hormones. They can be synthesised from a range of sources. Premarin HRT, for example, is a form of conjugated oestrogens from pregnant mare’s urine [1]. Even if you were to disregard animal welfare issues, using a hormone from one species for another is bound to have its limitations. The dangers and drawbacks of standard HRT are well documented. You can find out more by reading my post on HRT – the Devil and the Deep Blue Sea.

Bioidentical HRT is structurally identical to your own hormones and so, therefore, the theory goes it should therefore be more effective and safe. 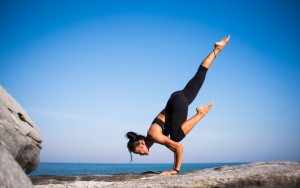 Our own natural hormones are steroids as are the prescribed versions we take as pharmaceutical drugs. Even if we do not take any extra hormones, if our own ones are out of balance, we can be more at risk of conditions like cancer. They are powerful chemicals, necessary for life and our healthy functioning. The key issue is balance.

Standard HRT clearly comes with a risk, even if you think or are told it is a small one, your doctor cannot guarantee you will not be one of the women who develops a serious side effect such as breast cancer, heart disease or stroke [3], [4].

And now Bioidentical HRT is being sold as the safe version, for those that can afford it. I have not seen any robust long-term clinical studies that convince me of its safety. Is it that we are just assuming it is safe because it is bioidentical and used in a lower dose?

At the outset concerns surrounding the safety of standard HRT were countered with the lower dose argument. Decades ago doctors reduced their prescribing of the contraceptive pill for older women because of the risk of thrombosis and other cardio-vascular issues. The hormones in The Pill and HRT are essentially the same but we were told that HRT would be safe for older women to take because the dose was lower. There are many studies and trials that tell a different story.

Bioidentical HRT is from the same stable as standard HRT

Bioidentical HRT is made by the same industry, and reviewed and regulated by the same processes that let standard HRT through. 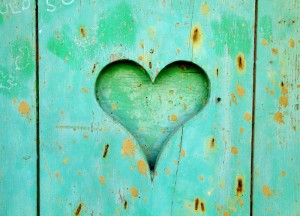 Many wonderful claims were made for standard HRT. As well as being the elixir of youth, it was claimed to be safe and was also sold as being “good for our hearts and bones”. Instead, the Women’s Health Initiative study showed that it brought cardio-vascular risks. The claims for protection against osteoporosis were, I believe, at best simplistic and optimistic.

Side effects and issues are, it seems, played down as another wonder drug appears, with promises of jam tomorrow. Years down the line it became clear that standard HRT has not lived up to all its claims. Many women were on it for years before being made aware of the risks. For some they will have developed serious side effects and the warning bells that should have been deafening at the outset were finally just audible to the medical profession at large.

Bioidentical HRT is the logical next step from standard HRT pharmaceutically. If you are on or are considering bioidentical HRT do bear in mind that you are part of this ongoing assumption of safety and downplaying of risks.

Once serious side effects emerge it is too late to shut that stable door, the horse has bolted.

4. What are the Limitations of Bioidentical HRT? 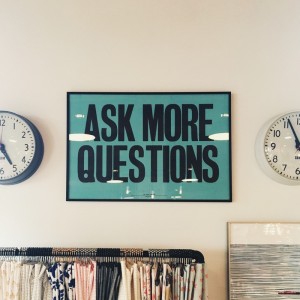 Perhaps the most significant limitation is around when you might want to stop taking any form of HRT. In my practice I have seen a number of women over the years struggling to withdraw from standard HRT. I suspect that withdrawal and the challenges it presents are rarely mentioned at the outset. Years ago we were all told standard HRT was safe enough to take long term so you could just stay on it forever. Then the risks became even more evident and doctors were encouraged to prescribe it as short-term relief for the most severe symptoms. Which means stopping after four or five years. Which means withdrawal.

I was curious as I encountered more women taking bioidentical HRT how they would fare with stopping this identical and lower dose HRT – would bioidentical HRT be easier to stop? In practice I have found that they still struggle, experiencing flushes and sweats, drops in energy, changes in mood, joint pains and so on.

It seems reasonable to me to expect to notice the withdrawal of a drug if it has been strong enough to make a difference. So to a lesser or greater extent they may well revisit whatever they experienced at their actual menopause as their bodies adjust to the drops in hormone levels again.

The pharmaceutical solution would be to just keep taking the pills. After all a lower dose should be safe enough to take long term…is this sounding familiar?

5. What are the Alternatives to Bioidentical HRT?

If you do not want to take the risk, or cannot because of your medical history, or perhaps would just rather take a more natural approach to your menopause then what alternatives do you have to bioidentical HRT? 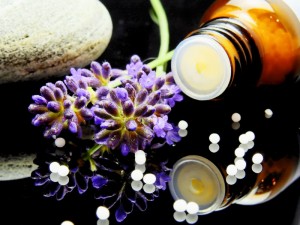 Clearly as a homeopath and alternative health practitioner I am biased, and favour using natural remedies, herbs and dietary, and lifestyle measures to support women during this natural life stage. These approaches can be tailored to suit the individual and do not have the side effects associated with pharmaceutical drugs.

There are other therapies and approaches too that can offer support – Acupuncture, Bowen, Tai Chi, Yoga, Osteopathy, Nutrition, Reflexology, Self-Hypnosis and Hypnotherapy, and more – you can find ways to support many of the challenges that menopause throws at us.

Many women tell me they wish they had known more about what is happening and the range of choices they have around menopause. In this and my other blog posts on menopause I aim to help women by offering information and support – please do share this with anyone you know who might feel the benefit of knowing more about their options at menopause.

I hope you have found this blog and its resources to have been of interest. If you feel you would like help, I see patients at both clinics, run workshops and also work via Skype. You can book an initial free 15 minute mini-consultation to see if my approach might suit you, please do contact me.

[2] Chantry Health – HRT – the Devil and the Deep Blue Sea

[5] Chantry Health – HRT and Osteoporosis: What You Need to Know

Subscribe to the Chantry Health Newsletter to Stay Up To Date

Please note any views or advice in this website are based on the author’s training and experience. They should not be taken as a substitute for medical advice or treatment, especially if you know you have a specific health complaint.